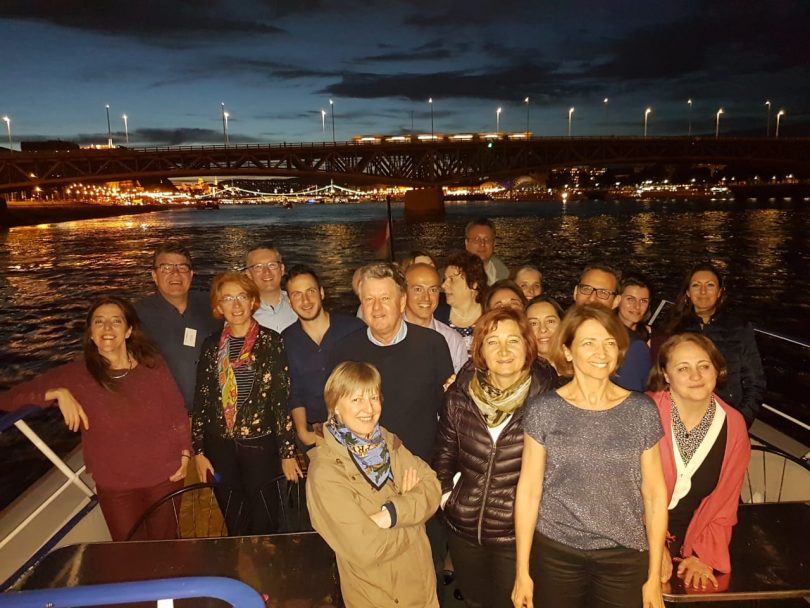 In May, the National Office of Vocational Education and Training and Adult Learning (Novetal), Cedefop’s Hungarian ReferNet partner, and the State Foundation for Training in Employment (Fundae), Cedefop’s Spanish ReferNet partner, welcomed ReferNet colleagues and members to partnership forums jointly organised with Cedefop.
ReferNet is a network of institutions across Europe representing the 28 EU Member States, Iceland and Norway. The network provides Cedefop with information and analysis on national vocational education and training (VET). National partners also disseminate information on European VET and Cedefop’s work to stakeholders.
In the partnership forums, ReferNet members discuss VET issues, share information on recent developments in national policies and systems, and develop a common approach to the deliverables included in their annual work plan.
The focus this year (on 15 and 16 May in Budapest and on 24 and 25 May in Madrid) was twofold: shaping ReferNet’s future from 2020 and exploiting the full potential of the network’s outputs.
The engaging discussions on ReferNet’s future included a reflection on the main values guiding the network (partnership, co-ownership, trust, mutual benefit, role and visibility of national partners, etc.) to be included in the ReferNet Charter, and on operational aspects such as report validation, co-definition of the work plan, use of national languages to make reports and articles more visible at the national level and creation of a joint platform for better exchange on good practices and national policies.
Discussions on exploiting the full potential of ReferNet outputs included the new concept of presenting European countries’ VET systems through an online interactive tool. Participants debated the information that would be useful to understand the characteristics of a VET system and compare it with that of another country. They gave suggestions to make Spotlights on VET – ReferNet’s ‘best seller’ according to many participants – more attractive and informative to the reader.
The forums examined ways to increase the network’s effectiveness and efficiency by improving the collection, processing and availability of information. Partners gave positive feedback on the new working methods and tools, and agreed to the need for a more frequent interaction between Cedefop and ReferNet members.